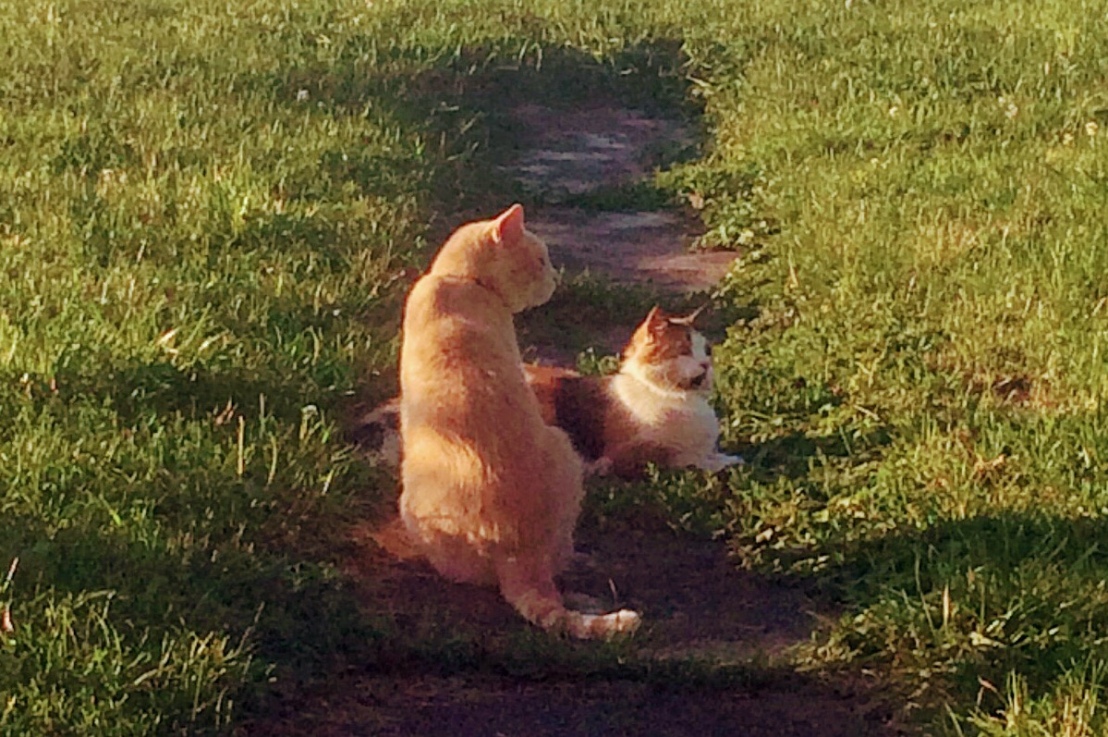 Things on the homestead have been pretty busy. Puppies are doing good and growing so fast already! For this post though, I would like to tell you about our two cats on the homestead. I hope you enjoy the story!

A few years back I decided I wanted a cat around the house.  Being on a farm there tends to be field mice! Yuck! So I wanted to make sure we always were on top of not having mice in the house! So I tried to locate a kitten near. I quickly came across one! A few towns over from ours another fellow homesteader’s neighbor had a litter of kittens. The fellow homesteader had already adopted a cute calico kitty from the litter. But there were a few black ones and one black and white one left. I decided on the black and white one even though I wasn’t thrilled with the color. But to my surprise in a later message from the Homesteader, she was having allergy issues and was going to let me take the pretty medium haired calico kitty! I was so excited! It was close to Christmas time so I had planned to gift the kitty to my kids for our family gift. So a few days later or so I picked up the cute little kitty! The kids were thrilled to open her as a present! She was so tiny and precious looking! We called her Lucy after the Chronicles of Narnia!

I should have seen from the signs the Kitty was giving us that she wasn’t going to be a very nice cat! Now may this be an ole wives’ tale, but I later looked up Calico cats and it said they can be known to be feisty!  Lucy became very crabby as she grew and not very friendly! She would scratch the kids, growl, pee in the basement floor (and no, she didn’t have a problem with her urinary tract), and hiss.  Oh, and I forgot to add she scratched up our living room couch and chair! Note to future cat owners ~ Don’t get leather couches if you decide to not de claw your cats!

She would occasionally seek attention from my hubby though! Now I will give her the benefit of the doubt here and say this may be because she was a feral kitty.  But we were so disappointed! I especially wanted a cuddly purring kitty to love and to love me in return. So we dealt with this kitty for almost a year!

And then one day she was no where to be found! We were so worried! Sure she was a bad kitty to us but she had grown on us and we had no idea where she was! Was she hurt? Was she eaten by a coyote? Was she picked up by someone? Or had she been ran over by a car?

This cat was a lot bigger than my cat. It had almost a lion type of face. And began eating the food I left out. The lion cat had one ear that had some damage to it. I wasn’t sure why.  I was thinking maybe he had frostbite at one time. He seemed like a friendly cat and certainly seemed hungry! Did he run away from his or her house? Did someone just drop him or her off? Or was she or he a distant neighbor cat I hadn’t seen before? Who’s cat was this?

This is the first part of this story. The best is yet to come, so make sure you read my next blog. 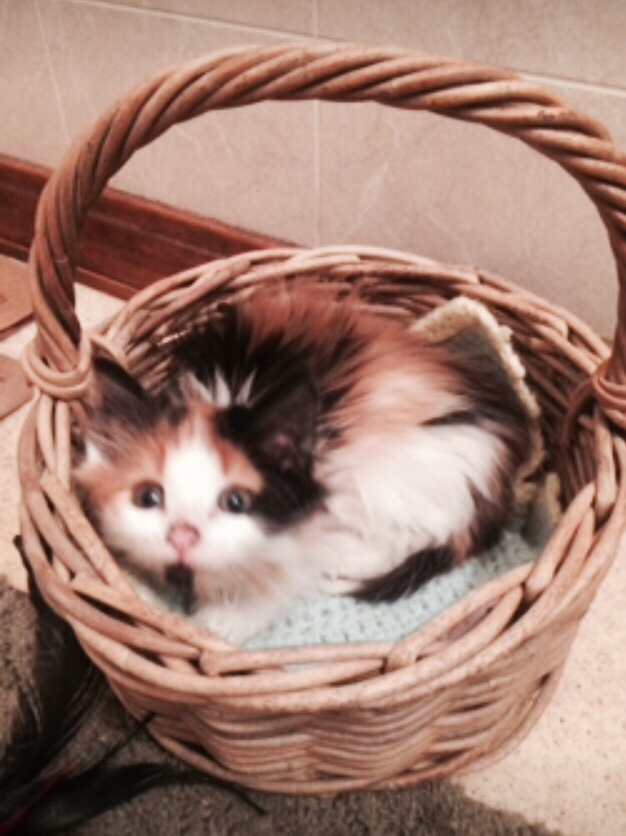 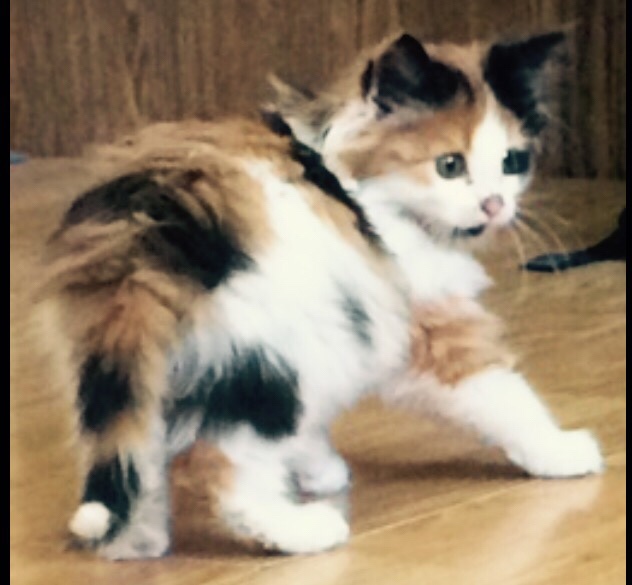 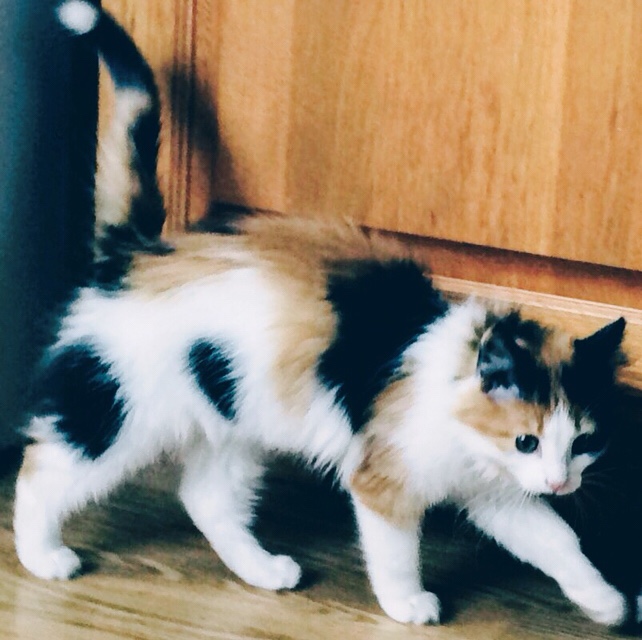 2 thoughts on “The Tale of Two Tails Part 1”

Hi! I’m the Unexpected Homestead Momma! I decided to write this blog so I can share my family and I’s  journey of homesteading adventures! I certainly never would have expected this life while I was living in the suburbs! But I wouldn’t change a thing! Enjoy!